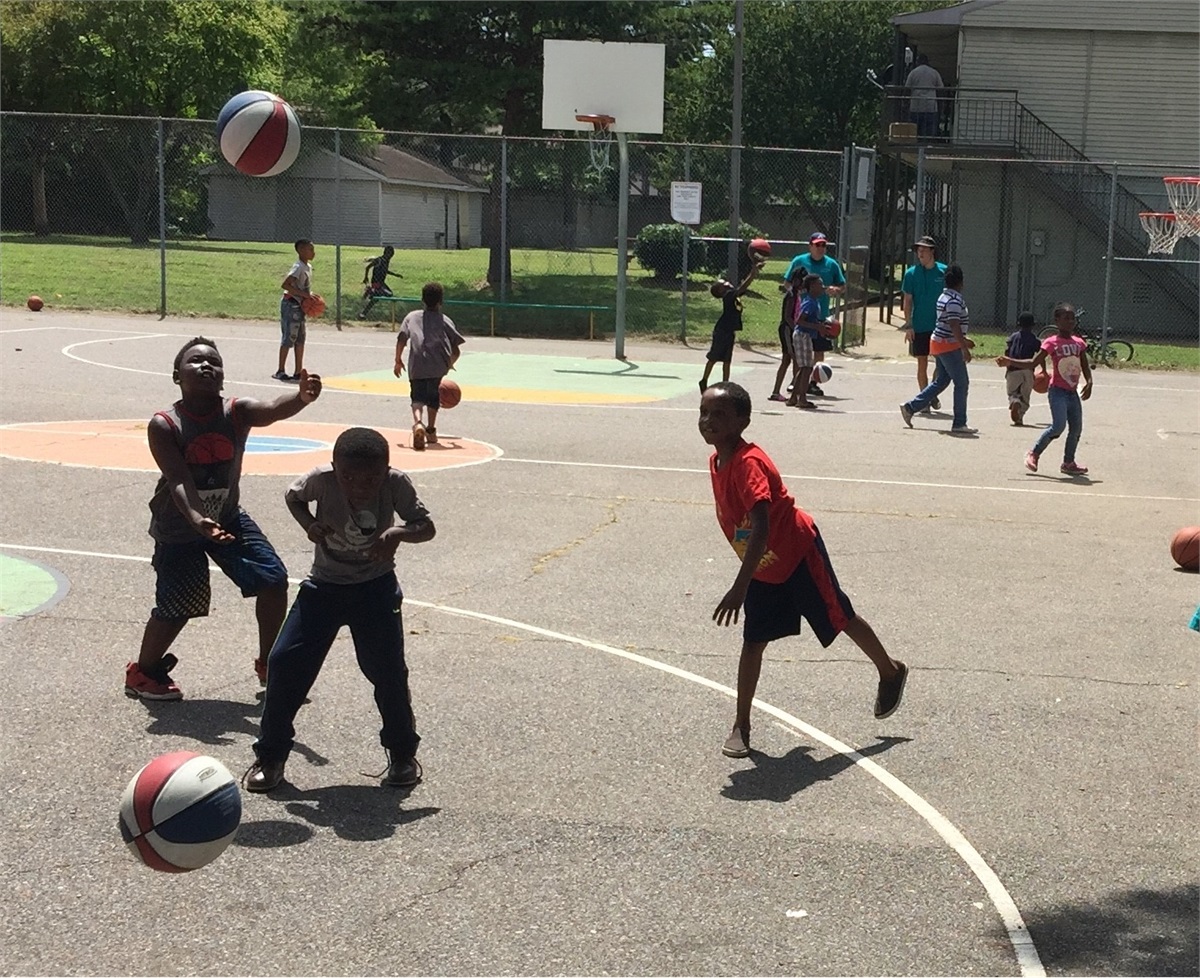 The seed for my recent mission trip was planted back in January 2019.  Our church had planned no less than nineteen different missions this year: local, region, national and international.

Michelle and I carefully considered and prayed about how the Lord would have us participate. One of our choices was the church wide mission trip to Memphis, Tennessee, June 22-28.

At the first meeting we learned about the community and the activities we would be working in.  All activities and our home base would be in neighborhoods that are racially mixed and low income . Our activities that engaged the local people were daytime children's ministries, sports camps and construction projects. In the evening, we held four block parties in four different neighborhoods.

Several weeks before we were scheduled to depart, an issue arose that brought me to carefully consider whether or not I would still go on this mission. As a man of prayer, I turned to God about it. The Lord clearly let me know this was about Him, not about Larry. That was good enough for me. I was then committed and prepared to get outside of my comfort zone.

Almost 120 of us left for Memphis as I drove a 15 passenger van filled mostly with middle schoolers. I soon had learned some new songs and phrases. I admired that they "self corrected" themselves when they began with "99 bottles of beer on the wall"... and morphed into "98 bottles of milk on the wall."

The days began early, ended late and went by quickly. The cook team was wonderful and kept us well fed and filled. Seems like we were constantly busy with breakfast at 6:30 am each day and bedtime 9:30-10:30 pm. Of course, the youth stayed up later. I somehow managed to make time for my morning devotional/quiet time that kept me focused and on His mission as we encountered obstacles and disappointments.

Our various teams conducted the children's ministries and sports camps.  These introduced youth and children to the Gospel and encouraged them to attend the neighborhood block parties each evening. My days were mostly spent with light construction and remodeling work at Bellevue Baptist Church- Frayser Campus. Yes, that is the same community where riots had occurred less than two weeks before we arrived.

My team also helped with light construction at the Red Door Ministry in the New Horizons Apartments. This area has a history as the most violent part of the city. Gangs were evident, but so was the Good Lord. He kept us all safe as I volunteered to work on the security team at each location.

At the block parties we provided entertainment, games, inflatables, meals, music and the Gospel of Jesus Christ. During the week, over one hundred people made decisions for God. This was the ultimate purpose of our mission.

Returning home, I reflected about what the mission trip had meant for me. I was much more appreciative of the young people in our church. Those middle and high schoolers were well behaved while having fun and doing the Lord's work. About a dozen had just recently graduated from high school and were bound for college, the military or an international mission. I had also developed a respect and even appreciation for people much different than me: those who have a different community, different culture and different economic situation.

The GrandView family grew by two this June with the addition of Senior Investment Consultant, Mike Mashburn, SR, MBA, AIF®, and his son, Michael Mashburn, as a new Client Services Associate. Mike brings his 36 years of...

Sounding Board for the Next Generation

Remember those Choose Your Own Adventure books? Where the choice you made as a reader determined the main character’s outcome? Financial planning is kind of like that. The choices you make now will determine the life you get to...

Ladies--Get in the Driver's Seat of Your Finances

You’ve heard the term, backseat driver. They pretty much have all of the stress and none of the control over where the car is going. You may feel that way when it comes to your finances. Maybe your partner takes the lead, or you...