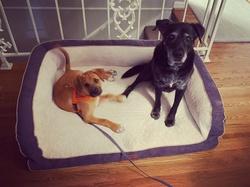 Let’s Get A Puppy!

My first dog as an adult showed up out of nowhere in my email inbox. A co-worker’s friend picked up a black fuzzball that had been dumped on the side of the road and was trying to find a home for her. I saw her photo and knew she was mine. That’s how I got Riley – the most expensive “free dog” ever. After a parvo scare and some de-worming, Riley and I spent 14 ½ years together until we lost her last December.

Buddy, my dog by marriage, has a similar story. A friend of Bailey’s found an adult dog running along the road with one leg shorter than the other 3. Bailey had lost “Buddy I” a year earlier and Buddy II was like reincarnation. After hip/leg reconstruction surgery, Bailey’s most expensive “free dog” ever is still with us 9 years later.

Now comes Ollie. A few months after losing Riley, it was great just to have Buddy and we were all healing from the loss. Buddy was also showing his age and diagnosed with an enlarged heart. I started thinking about another dog first and was tip-toeing around it. Bailey was open – Buddy thought I was nuts. Finally, I just blurted out – “Let’s get a puppy”. It took some doing but Bailey agreed to disrupting our lives with chewing, potty-training, dog trainers and being on heightened alert around the house for the next year or so. We started putting in applications with dog rescues because…no more “free dogs”. 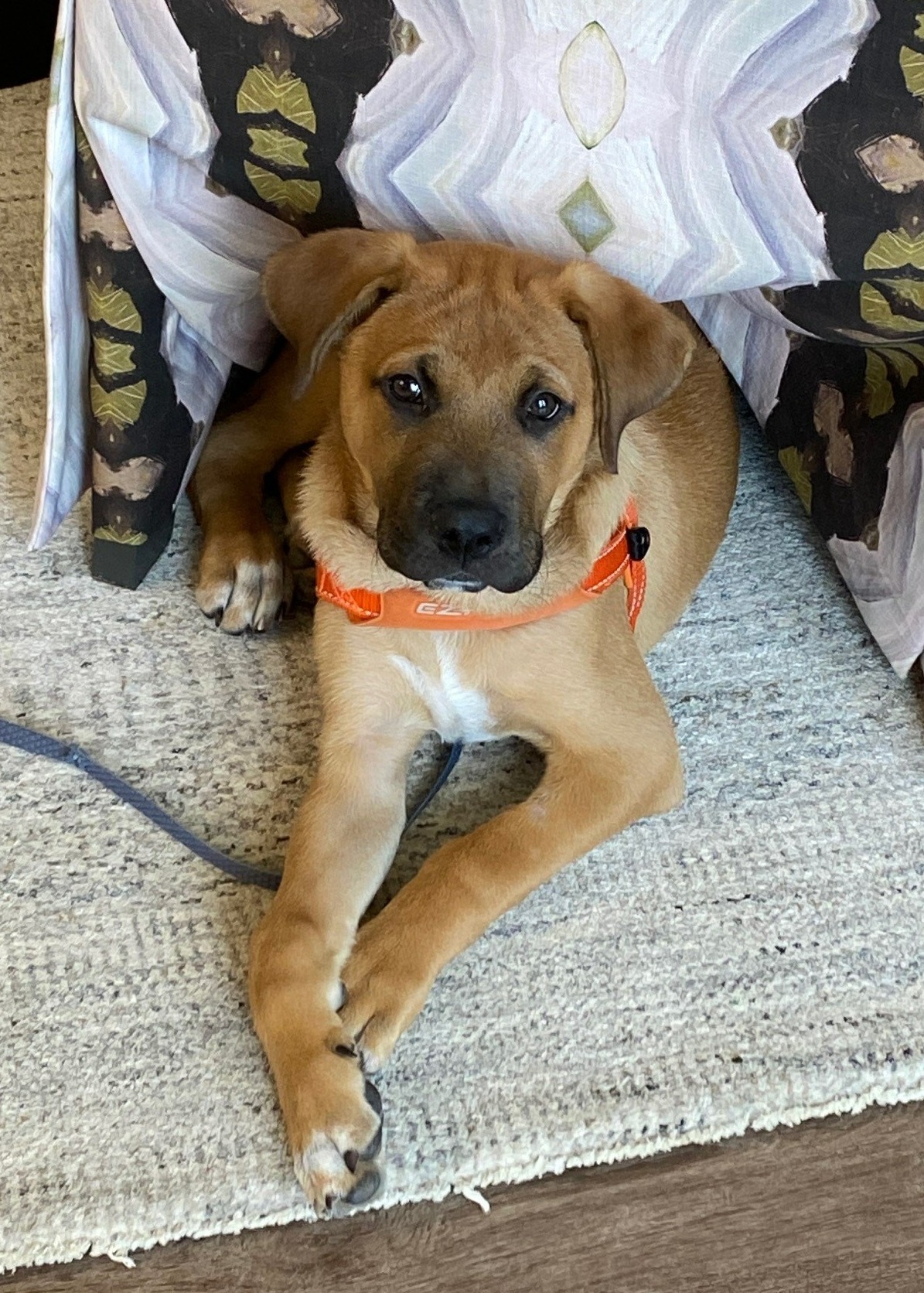 Two By Two Rescue approved us right away. We started going through profiles of puppies and young dogs to meet. With Buddy’s health and our two-year-old nephew, we wanted a crate-trained puppy with a calm temperament. We set up interviews and meetings with about four fosters – met Ollie and cancelled the other three that day.

We knew right away Ollie was the one. He was sweet, playful and has just enough confidence. The joy he has brought to us has been a blessing – even Buddy! 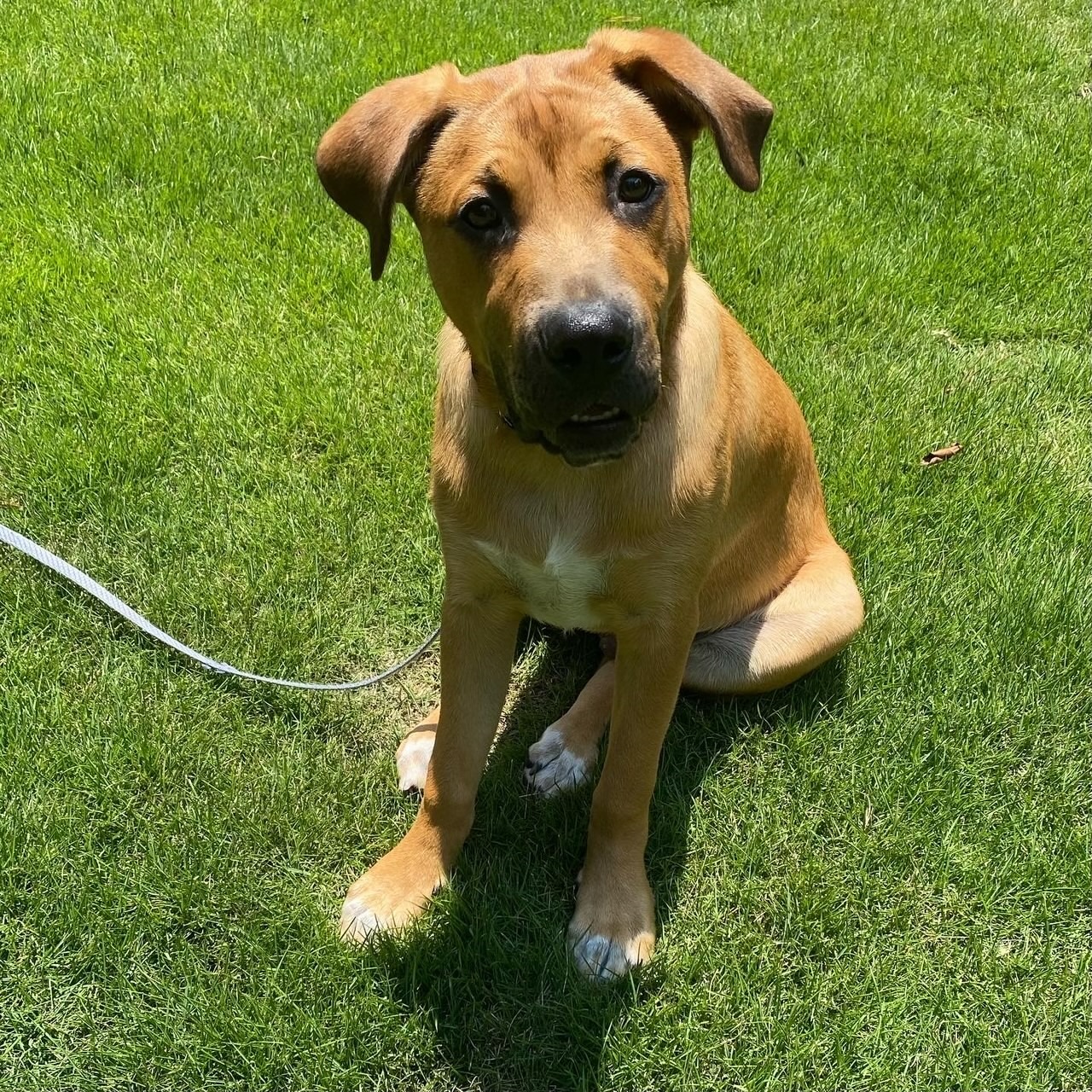 After losing Riley and then discovering Buddy’s health condition, we had a sad cloud over our house for months. It has lifted and Ollie has gotten us all up and going full on. He is even a little ray of light around the office.

During the months of July and August, we are raising money and supplies for Two By Two Rescue to celebrate my birthday. I’m hoping to raise $500 in cash and supplies donated. How can you help?

They have Wish Lists:

And a way to donate:

My favorite part of Two By Two’s work is that their dogs and cats live with fosters. People open their homes to these animals and commit to their love, care and socialization. That means they are exposed to other pets, children and everyday life making the transition to the forever owner so much easier.

I would love to make an impact with this rescue that is doing great things.

Thank you from me and Ollie!

The GrandView family grew by two this June with the addition of Senior Investment Consultant, Mike Mashburn, SR, MBA, AIF®, and his son, Michael Mashburn, as a new Client Services Associate. Mike brings his 36 years of...

Sounding Board for the Next Generation

Remember those Choose Your Own Adventure books? Where the choice you made as a reader determined the main character’s outcome? Financial planning is kind of like that. The choices you make now will determine the life you get to...