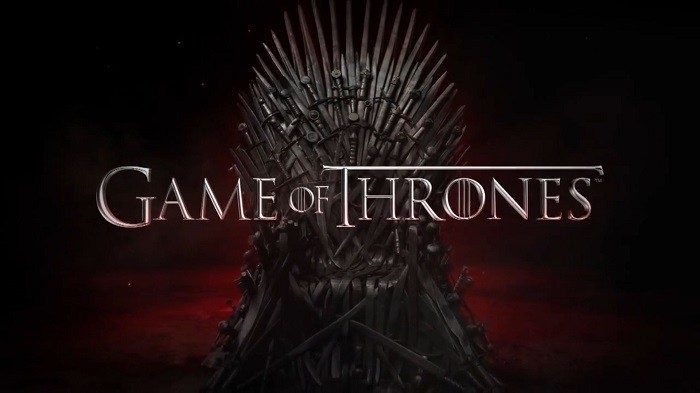 So, the best show on television has come to a close. The final episode of the final season of Game of Thrones aired this past Sunday and as an avid fan of the show, I’m not sure how I feel about. If you’re a devoted fan of the series, then you understand the emotional roller coaster that the final season has brought us. I will try and finish this post without spoiling anything but that is highly unlikely. So, here’s your SPOILER ALERT.

Before I explain any further, here’s some background info on my journey with GOT. I’m a pretty avid movie/tv watcher. I grew up watching some of the greats (at least for my generation). My mother was obsessed with Lord of the Rings and I would occasionally watch some of the PG-13 scenes of The Sopranos with my dad. HBO has always been my favorite place to go to watch high quality media entertainment. With that being said, I didn’t start watching Game of Thrones until last year. For some reason the show just never caught my interest. My friends and roommates would constantly talk about how good of a show it was. White walkers, the dragon queen, winter is coming. “What does all of this even mean?” was the question I continuously found myself asking. It wasn’t until one long break from school that I decided to give in to the hype and watch all 67 episodes.

I would be lying if I told you that the show is enjoyable from the get go. It took me six or seven episodes to even understand what was going on. All the medieval jargon was hard for me to catch onto. But nonetheless, I told myself I would at least give it a season. And again, not trying to spoil anything, but let’s just say if you watch the show thoroughly (no Twitter or Instagram scrolling) till the end of the first season, there should be no reason why you wouldn’t want to move on to season two. As I powered through binge sessions, the show just got better and better; honestly, I think this could be the case for several reasons. For one, George R.R. Martin (the author of the book series) is a fantastic storyteller. The way characters develop through the seasons is phenomenal. One could love a character one season and then completely despise the same character in the next or vice versa. There are unlikely heroes and unexpected villains. What makes a character strong could also be the reason for their downfall. And what seems to be a weakness could actually make the character stronger. This sort of characterization reminds me a lot of the old Greek and Roman tragedies like the Iliad and The Odyssey.

Another aspect I felt made the show progressively better was the fact that the production budget continued to increase. I’m not sure what the budget was for the first season, but I can tell you that season eight came just short of $100 million with the average cast member taking home half a million per episode. If you don’t already know, the show has countless characters, so I think it’s safe to say that this is one of the most expensive television series casting budgets ever. The show has probably made more millionaires than any other show as well. Kit Harington (Jon Snow), Emilia Clarke (Daenerys Targaryen), Peter Dinklage (Tyrion Lannister), Nikolaj Coster-Waldau (Jamie Lannister) and Lena Headey (Cersei Lannister) are all the highest earners of the show all averaging around $1.2 million per episode in the final season. This gargantuan figure would put the actors behind the ranks of household names, Jenifer Anniston and Reese Witherspoon, who are each being paid $1.25 million per episode for their upcoming Apple TV+ show The Morning Show. For these GOT actors to be paid almost as much as these film and television juggernauts goes to show you how much money the HBO show is raking in.

What might be even crazier than all the money involved in the production of the show, are the fan reactions to the final season. With over 100 million total views, Game of Thrones season 8 is now considered the most watched HBO series in history.  The show is one of the hottest topics in the workplace. The show has accounted for $3.3 billion in lost productivity in the workplace which puts it right behind Michael Cohen’s House testimony. The third episode of the season was the most tweeted about episode in scripted television ever totaling over 8 million tweets. Even though it might be the most popular show on TV right now, that doesn’t mean it is the most liked. Not all fans are happy with the way that season 8 has panned out. There is currently a petition circling the internet to re-do the final season. Some feel that it was either rushed (with only six episodes) or just poorly written. Green Bay Packers quarterback, Aaron Rogers (who made an appearance in season 8) had some skepticism of the final season. Nonetheless, the show is still considered one of the best entertainment programs of all time. I am looking forward to seeing what the writers and producers have in store for the prequal which is supposedly coming out within the next couple years. But in typical Game of Thrones fashion, I’m sure it’ll take longer.

CollegeCounts 101 - How to Save for College

We all want the best for our children. And we do the best we can. But sometimes, it’s hard to plan ahead—especially 18 years ahead. CollegeCounts is Alabama’s 529 fund. Your family can save for your child’s...

As the world evolves and we move closer and closer to a paperless society, so too does the way we are able to pay for things and interact with money. Fading are the days of jars full of loose change and piggy-banks bursting with hard...

Retirement savings are supposed to last through your lifetime. That’s the plan, of course. But with the average life expectancy of women roughly five more years than it is for men — 81.1 years vs. 76.1 years⁠1 — the...